Irfan Junejo is a pro-Pakistani YouTuber/ Vlogger who makes his videos extra cool and awesome with his amazing storytelling style with swag. He is a very handsome guy from Karachi Pakistan. He is mainly he was a YouTuber but he was doing Photography, Videography, Freelancing also.

Irfan Junejo started out making Vlogs. He started from his room. Showed it to friends. Introduced Meeru. Introduced Babu and Zainab(His Friends). Introduced my football academy. He made more Vlogs. Traveled unexpectedly, very unexpectedly. Made a cheeky prediction of glances cast on a loner talking to a camera. Very cheeky. At a very expensive Bhutta. Hydrogen Bicarbonate-Baking Soda- and Acetic Acid-Sirka-do a great job at cleaning sneakers. He loves sneakers. Soon enough, the love rushed in. His audience also started loving it and he did more and more day by day.

Irfan Junejo was born 2nd of May in the year 1992 in Mirpur Khas, Pakistan. He completes his schooling at a government municipal school in Mirpur Khas. After completing his schooling, he was decided to complete an MBA. Then he moved to Karachi and start his higher studies with an MBA. He was very interested in the Foot Ball game. He also played for the Pakistan championships. Also, read Dale Philips Wiki.

Irfan takes his inspiration from Casey Neistat who is a world-renowned American Youtube personality. The combination of articulate storytelling, impressive editing skills, and unwavering commitment to give his best every single day makes Irfan’s work unique and outstanding. There are moments in which he can be seen reflecting upon how far he has come, how much he has improved, is he on the right track or not and is he really giving back something to the viewers or just documenting his life.

This goes on to show how vlogging is not just another way for him to express himself. Instead, it is like a journey on which he has set on to explore himself and to use this experience to grow both his skills and as a human being. Also – Read – MSK Vlogs Biography.

The parts of the vlogs in which he gives “3 reasons” behind any action or argument or goes like, “Mujhe apse ik zaruri baat krni hai” (I want to discuss something important with you) are the most interesting ones because he always has a message to put across in them. In the end, it’s the genuine depiction of simple routine commitments and the intricacies of daily life, which make his vlogs relatable, refreshing, entertaining and one-of-their-kind without trying too hard!

Irfan was now married. he married a girl after dating to her for a long 5 years of his life. The name of his wife was unknown but you can see the images of his wife below. he lives in Karachi with his wife and his brother. 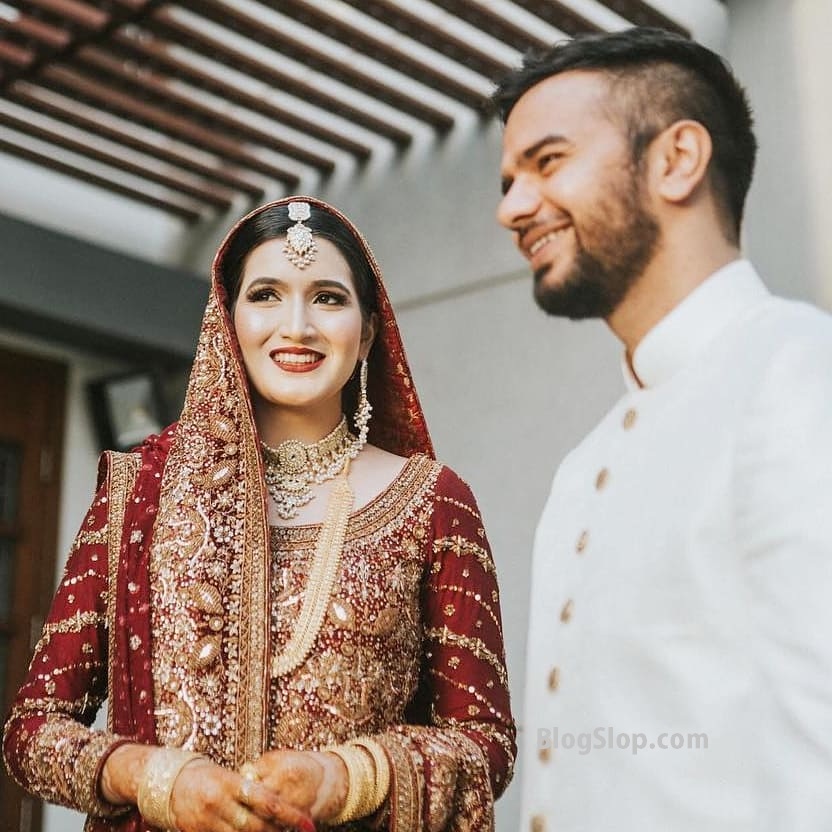 In recent years, we have seen a few vloggers pop up on Pakistani YouTube; Irfan Junejo is one of the vloggers who have successfully established himself as a content creator. He has more than one hundred thousand subscribers on YouTube in one year’s time, which is impressive, to say the least. Irfan also co-hosts a show on YouTube called “The Jo Bhi Show”, in this show they discuss every-day-life issues.

Similarly, Irfan Junejo’s vlogs are simple and true in nature. That simplicity and his ability to share his message in a concise manner have earned him good following.

Irfan Junejo was stope making videos on YouTube as of now. But he was not quite YouTRube yet. His friend Hamza Ibrahim was very closed to him and he said that Irfan was taking a break from Social Media platforms for now. 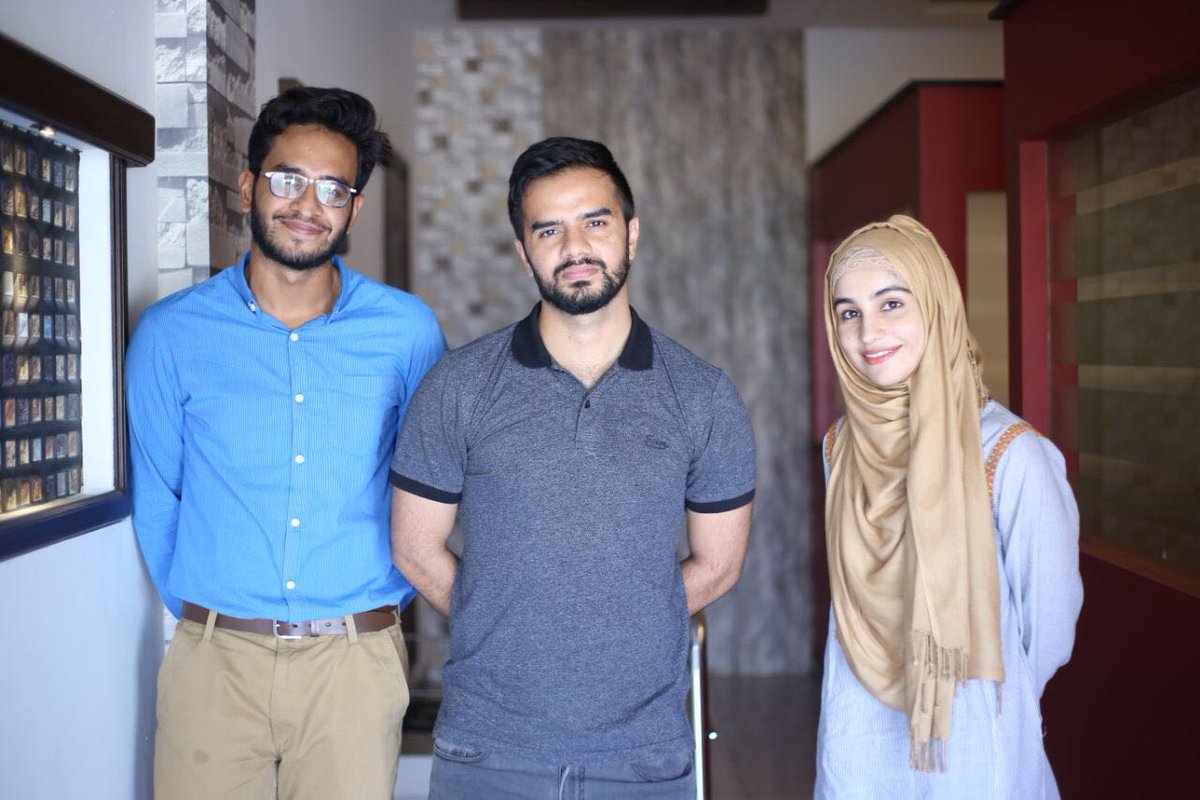 Irfan Junejo has been at the forefront of raising the issue of copyrights of original content where news channels and  Government institutions use the content without even giving any credit, let alone asking for permission or to pay out for using their content. In other countries, you may have to go to jail for stealing someone’s content, but in Pakistan, there is no such debate. We are a society that doesn’t have a concept of protecting the copyrights of the content.

Irfan Junejo made a very good amount of money from his works on social media platforms. His main source of earning was generated from brand partnerships and collaborations. He earns about $4000 – $5500/month. Besides this, he also earned from Google Adsense through his YouTube channel.  He has more than 1 million+ subscribers on his channel and he was earning about $2000 – $2200/month. Now you can guess the amount of his Net Worth.

His Beauty Video ever

Some quick question to Irfan Junejo

1. What was the reason to start vlogs? Any inspiration?

I just needed an excuse to create something. Saw a lot of vlogs by Casey Neistat and Mr. Ben Brown but I decided to go ahead with it after watching Mooroo’s trip to America.

2. What difficulties have you faced when you started?

Time management, not getting enough sleep and talking to a camera in front of people.

3. Which is your best video to date?

In my opinion, Saein Misunderstood and Freezing in Fake Yeezys.

4. How is Irfan Junejo different than other Pakistani Entertainers?

I guess people can relate to me better because my content is about my life. Also, I don’t really consider myself an entertainer. I just want to become a better storyteller or filmmaker if I may say so.

5. Do you earn from these videos or it is only for your passion?

No, I don’t earn from these but I wouldn’t mind earning. I want to buy a Sony A7Sii and Drone.

6. After completing bachelors most of the people starts the job. You are “Wadera Ka Beta”

or you are also worried about your career?

Answered your question in my video – Saein Misunderstood. Thank you for giving me the idea to make it.

7. Your videos are edited very properly which keeps the interest of viewers, you have learned to edit?

No, I haven’t. I just watch a lot of YouTube videos and TV shows.

8. Are you using hi-tech/costly cameras/audio devices for your videos? You recently bought a Sony a6300 (saw in your vlog). Any comments…

Yes, I use Sony a6300 and iPhone 7 for all my videos. I am not saying quality content can’t be made without costly equipment but most of my content is vlogs and the light isn’t always ideal so I invested in a low light camera.

10. Do you feel you have any competitors in Pakistan?
I am not competing with anyone. I’m just a new kid on the block.

11. What is your message for young Pakistanis who are willing to make Vlogs like you?

Just start doing it but Daily is very exhausting. I might switch to weekly or twice a week soon.

12. Has your work ever been criticized? How did you handle it?
Yes, it has. I want to improve and learn and I would love it if my work is positively criticized.