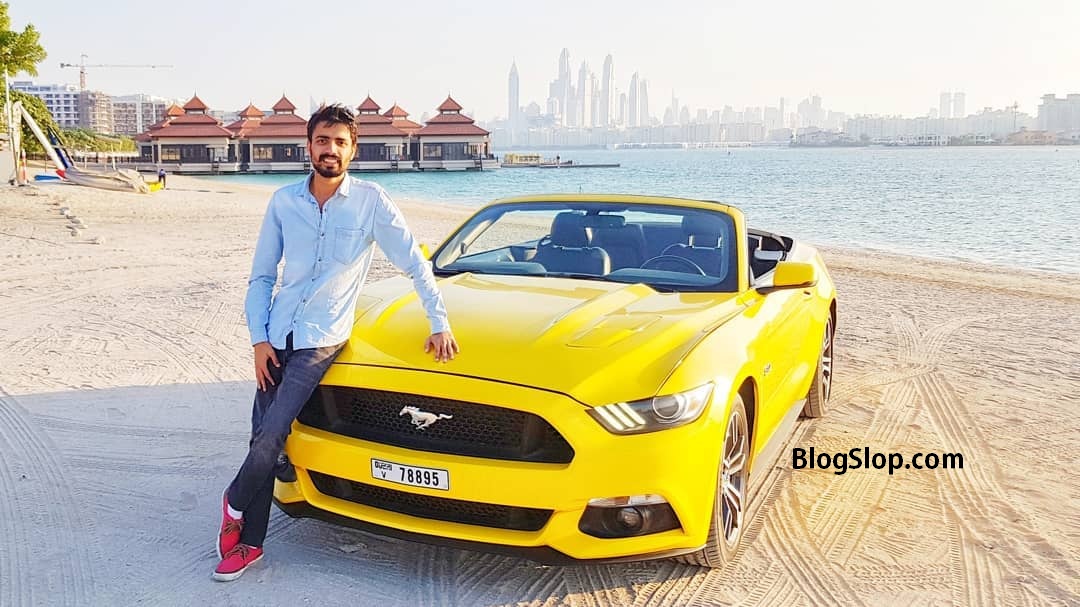 Navankur Chaudhary aka Yatri Doctor was born on the 2nd of March in the year 1995 in Mumbai, Maharashtra, India. His father was an employee in a normal private company in Mumbai. His mother was a housewife like most of Indian Moms. The family was a Hindu family that lived together in Mumbai, Maharashtra. Let’s read about his friend Nomadic Indian.

Navankur has completed his schooling from a private school in Andheri, Mumbai. After completing his 10th, he was decided to become a lawyer. But his father wants him to be a doctor. Then he started studying Science in his 12th and complete his studies in Mumbai.

Studying MBBS was very expensive in India. Navankur’s father was doing a private job in Mumbai. Navankur sees that his studies are very expensive to his father and he wants to earn some money by doing some part-time work. That’s why he started YouTube as a part-time.

Navankur watches youtube all the time. Suddenly he watches a video of the famous Indian traveler Varun Vagi’s aka Mountain Tracker and he was inspired also. Then he was decided to start exploring the world. He also loves to travel across the country.

On 30th September in the year 2017, he creates his YouTube channel and starts uploading videos on his Channel. At first, he was going to Indonesia for the very first time. he books his tickets from his credit card and spends all of his money through his credit card. Then he converts all his expenses into EMI. That’s how the Navankur Chaudhary aka Yatri Doctor’s journey was being started.
Currently, he has more than 400K+ subscribers on his YouTube channel. He uploads about 224+ videos till today.

Currently, he was in Israel which was the most tuff country to visit especially for Indians. Now his channel was doing really very good and he was also earning from his YouTube channel.

As we all know the name of his channel Yatri Doctor. It is because he was studying MBBS in Punjab and he becomes a doctor very soon. That’s why he chooses the name Yatri Doctor. His YouTube channel has more than 400k+ subscribers and he was earning money from his channel. Currently, he chooses doctrine as his main career and he was doing YouTube as a hobby.

Navankur Chaudhary aka Yatri Doctor’s Age was 25 Years and he was not married yet. Navakur was not also dating anyone else also. That means he doesn’t have any GF. His father was an employee in a private company and his mother is a housewife. Navankur has belonged to a Hindu family and his father was also a Hindu. The Zodiac sign of Navankur was Gemini.

Navankur Chaudhary aka Yatri Doctor has a very nice shape of Body. His height was 5 feet 10 inches and his weight is 67 Kg. Navankur’s Hair color was black and his Eye Color was also Black like most of the Indians. When he was starting his traveling journey, he also made some good friends also Like Depaansu Sangwan aka Nomadic Indian, etc.

Besides this, he also loves to maintain his diet and his weight because he was a doctor and he knows very well how to do it. His Body Measurements are 34-32-12. Navankur’s Chest Size was 34 Inches and his Waist Size was 32 Inches. He has 12 Inches of Biceps in his body.

Navakur Chaudhary aka Yatri Doctor was a traveling lover and loves to travel around the World. Like many other people, Navankur has also some favorite things to do and some favorite places to visit. Navankur Favorite place was Dubai, the US, The Netherlands, and Greece.

Black and Grey was his favorite color and He loves to eat Indian foods like South Indian Foods. Ranveer Singh and Shahid Kapoor was his Favorite actor and his favorite actress are Alia Bhatt and Nora Fatehi. In the Youtube community, he loves to watch Mumbiker Nikhil’s videos.

Navankur Chaudhary was also seen on social media and he was not active on all of his social media. He was very active on his Instagram and YouTube. Do-follow him on his Social media platforms for more live updates from Yatri Doctor. He always wants to engage his Instagram audience and put regular stories about his daily life.

He has more than 400k+ subscribers on his YouTube channel and has more than 26k+ followers on his Instagram which most used the social media platform of Navankur Chaudhary. He was also using Facebook and Twitter as well.

As we all know Navankur was a traveler by profession and he was doing MBBS full time and this was his career. He was doing YouTube very nice way. As of now, the main source of earning was generated from Google Adsense through his YouTube channel. Besides this, he also earned from Brand Partnerships and sponsorships. He earns about 1Lakh – 1.5 Lakh Indian Rupees (INR) in a month from these sources and his Net Worth is about 12 – 20 Lakh Indian Rupees ($20,000+).